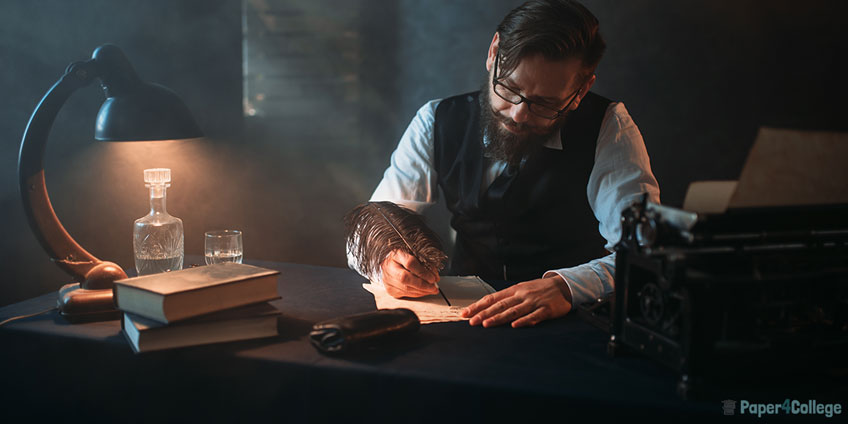 David Foster Wallace is without exaggeration a cultural icon nowadays, and he’s been so for quite a while. Without downplaying his role as a great writer, it should be admitted that he owes a significant part of his popularity not exclusively to the quality of his texts. There’s definitely something about both life and death of David Foster Wallace that feels intrinsically connected to our fate as unavoidably modern creatures, products of post-industrial information society.

Being Popular Is Not Easy

The hype around David Foster Wallace during his life was one-of-a-kind, and it’s sometimes hard to say whether he was looking for it by himself, or he had to deal with it constrainedly. There is every likelihood that both statements are true. On the one hand, he suffered from lack of social integration skills, or at least it was kind of problematic for him. That’s clearly evident even from the numerous interviews he made. If you still never knew that much about Wallace and the assignment has to be ready in a week, ordering with us is just about time.

On the other hand, he often seemed to be extremely shy not just because that was something genuine for him (although perhaps it really was so, but that’s not enough), but due to the fear of not being accepted otherwise. Certainly, it’s somehow a debatable guess, but the writing seemed to represent for him a certain way to overcome his quirks and win recognition he deserved. If we have a look at how many pages long his books are (Infinite Jest is a notorious monster in this), we are ever more likely to accept such explanation.

Being Sad Is Not Easy Either

Sadness is without a doubt the key concept for David Foster Wallace’s philosophy. He has always considered his generation to be sad (and namely, Generation X) and that was something he found extremely important to elaborate. He wondered why his friends and acquaintances, despite their prestigious high education and substantial wages, were “so sad”, to quote him directly. The reasons for this, of course, are multiple, but the lack of spirit of community was something Wallace was regretting painfully.

It’s easy to see David Foster Wallace himself as being rather a sad person, who desperately tried to give sense to life and succeeded in it (or was faking to succeed) through invented conceptions of heartfelt sincerity (he was criticizing irony as a postmodern tool) and humanistic sensibility. This democratic approach gained him lots of fans in the age of all-permeating cynicism and non-engagement, but was criticized by some people seeking more depth in him as an author. For them, it’s crystal clear that such a standpoint of his was rather forced and related to Wallace’s entourage, on the one hand, and mental breakdowns, making him seek for more connections or things he could cling to, on the other hand.

Boston Community Is Worth Learning About

If you’ve already read “Infinite Jest,” you know about it, of course. Dialects count a lot, that’s, to sum up, some of the articulations made by David Foster Wallace during one of the interviews, and his book is a vivid illustration of this. Some of Bostonian talk to be captured from characters in Infinite Jest, and that creates the authentic landscape of era and belonging, apart from simple delight in linguistic variety Wallace was so fond of.

Wounded people pretending or forced to seem naïve is a true phenomenon in American culture. Well, in American pop culture first of all, as it gave us such people as Britney Spears, Michael Jackson, Brittany Murphy and lots of other no-name stars whose smile and charming naivete happened to bewitch us and wonder about their either completely tragic or at least “fallen star” dramatic destinies. David Foster Wallace, despite always being on the experimental side, was influenced a lot by TV, he even referred to his generation, maybe in a narrower sense here, as to “TV generation,” so a lot of the issues he discusses in his work can be a great topic for essay writing on their own.

So, under these circumstances, literature was viewed by him as an antidote to pervasive mass culture, besides being the way of communicating his innermost ideas. And don’t forget, the look of David Foster Wallace, his insecure and vulnerable image appealed to lots of people who didn’t want to lose faith against all odds and seem clever with it at once. That means that this wounded aspect of his personality was easy to take as manifestations of lots of virtues, artistic integrity included. The rhetoric here is not intended to belittle his merits or label them as fake, rather problematize and deduce our perception of it whatever truth might be.

Living in Today’s World Without Doping Is Hard

At first, it may sound insulting to fans to hear a word “doping” speaking of David Foster Wallace, because we all know that he had a difficult life with serious depressions, and anti-depressants were an integral part of it. On the other hand, it makes us think about dimensions of normality and what it’s like (and whether it is possible) to be able to say “normal” at all. David Foster Wallace was running away from traditional dopings that are free for all, such as TV, but finally, he never escaped. Normality is a pretty fragile and conventional thing, as bitter as it may sound, and any unexpected intrusion of reality is able to tilt the balance of the things that basically form our sanity.

Sinister conclusions are part of what shaped David Foster Wallace’s lifetime, and it’s important to adopt a clear vision of this, as discarding it won’t contribute to our deep understanding of his oeuvre. What we can be sure of, is that he would be glad if we tried our best to do it.