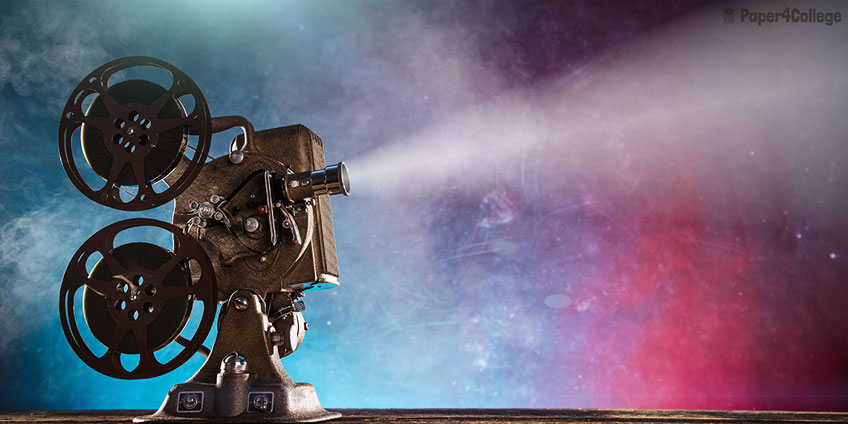 Whatever your native language is, you certainly know that the words called synonyms sometimes appear to be very slippery guys. Just to make sure that we all use the same terminology here, let’s remember that synonyms are words of the same language with very similar meanings. Actually, there are several different types of synonyms. But today we are here not to dive deep into linguistics.

We’re going to find out whether there is anything specific about one of the most outstanding and popular pair of synonyms in the English language – film and movie. Yes, most of us do use them interchangeably. And you’ll see that there’s almost nothing wrong about it.

However, we’ll dig deeper into this “almost” and check if “film” and “movie” have any dissimilarities between their meanings. We’ll select a number of aspects which can help us reveal the semantic peculiarities of these two words. So, in the end, you’ll be absolutely sure about your choice when writing an essay. By the way, you’re welcome to learn more about it here: paper4college.com/homework-help-online.

Let’s Start with the Definition

Most of dictionaries provide the noun “movie” as a seemingly perfect synonym for the noun “film”: technically and simply put, it is a series of moving pictures, with or without sound, that show and tell a story.

But that’s exactly where the shoe pinches. We can use these words interchangeably only when we use them as nouns. What’s more, “movie” can never be anything else but noun. What about a “movie star” then? In word combinations like this you can observe a linguistic phenomenon known as adjectivization of nouns. So, even though “movie” performs a function of attribute, it still should be considered a noun.

By the way, this word probably originated from “moving pictures” in the beginning of the 20th century.

“Film”, on the other hand, has many other meanings. Also, it can function as a verb, denoting the very process of recoding a whole motion picture. Actually, the definition of the word “film” as a set of moving pictures comes from that thin plastic used in old cameras. Bet you’ve seen some old photos on such films.

Rapid development of digital technology and its inevitable adaptation in cinema have greatly influenced our perception of the word “film”. Agree that when you hear it these days, you immediately remember Schindler’s List by Steven Spielberg or Silence by Martin Scorsese. And who thinks of a roll of plastic? No one does, I believe.

Of course, it doesn’t mean that a “movie” is everything than runs for 41-59 minutes. But movies usually don’t have a standard running time.

So, if you’re writing an essay on, say, 12 Years a Slave, whose running time makes 134 minutes, you’d better call it a “film”, wherever you put this word. But if you decide to devote your review to all five parts of Pirates of the Caribbean (726 minutes in total), you’re free to use the word “movie”.

However, in case of these examples, the difference in the genres of the two pictures also weigh much to define them properly. We’ll discuss it below. 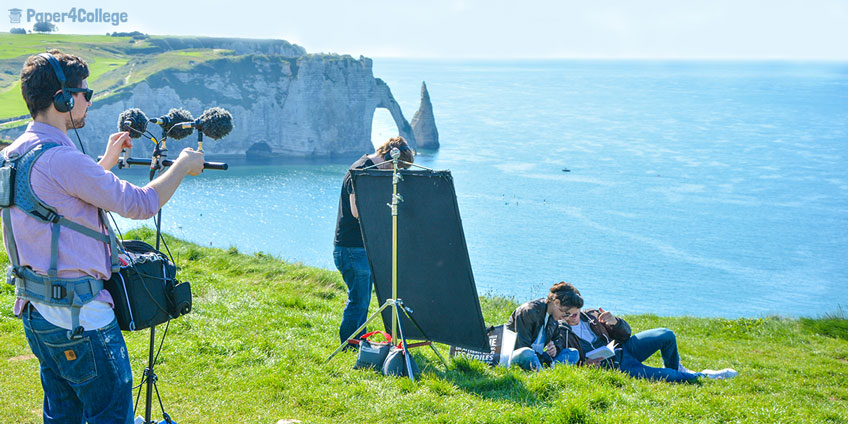 Their absence can actually help you distinguish a film from a movie. Actors’ dialogues are definite features of movies. While films might not have them at all. How can that be?

To understand it, try watching Home or Planet Ocean, directed by a French journalist, photographer and environmentalist Yann Arthus-Bertrand. These are documentaries, devoted to modern global problems. Both films feature monologues, as if the whole humanity spoke for itself.

You’ll certainly impress your teacher if you write a review of one of these or similar pictures. See, I don’t call them movies. Although on Wikipedia, for instance, you can find both words – film and movie. Yet, dialogues and running time, as well as many other things, are particularities of a certain genre. So, again we’ve come even closer to the most essential aspect that can shed more light on the differences in the meanings of these two words.

Let’s Check the Orientation and Purposes

Even if it doesn’t matter to your teacher which word you use in your essays and reviews, it’s never bad to distinguish them to satisfy your curious self, is it? And thus, to become a little bit smarter than your teacher.

I quite liked the ideas of Robert Hardy, an amateur filmmaker, as far as I can judge from his blog. (You can read more here.) So, let’s look though them and make out what is special about a film and a movie.

In his Anatomy of Film Bernard F. Dick wrote that a film should be considered a piece of art, while a movie implied an element of popular culture. This idea obviously interlaces with what Robert Hardy states in his blog.

The film aims to tell you more than what you can see in it and to influence some of your concerns and opinions. The story in the movie, however, doesn’t contain any hidden ideas or morals. It doesn’t influence your mind, making you wish to change something about your life.

From a more linguistic and less philosophical point of view, the word “movie” is used more frequently in the US, while the word “film” is more common for Europe. In the UK the two words are used interchangeably. This fact can be supported by the data of Steven Follows’ research, conducted in 2016.

Steven Follows’ is a famous British film blogger. He checked Google requests of users from different corners of the world and presented the statistical evidence. Besides, he noticed the tendency towards the increase of the number of “movies” in The Guardian Film section.

Why did he do that? In his article he admitted that he was confused by the usage of the two words in his own reviews. So, he decided to set things right.

Hopefully, I’ve just done the same for you. You see, indeed, “film” and “movie” are synonyms in English. But some hints of their meanings do matter when you’re writing about grand epic works and mass consumption. So, consider this.