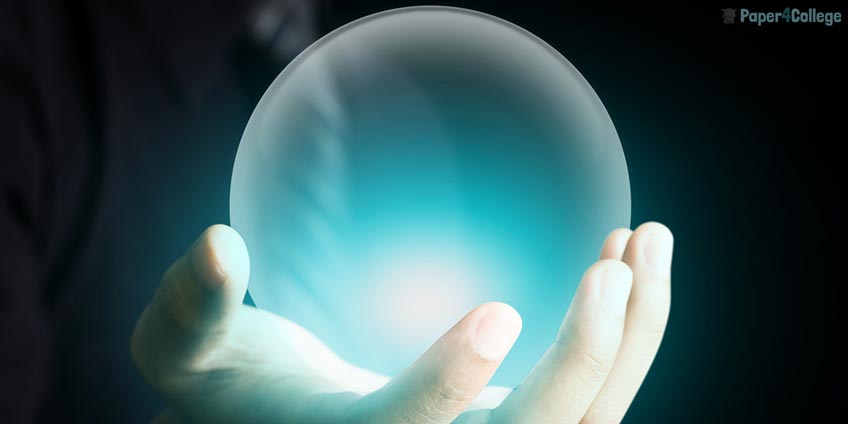 Before we start, I would like to confide one essential consideration to you. Despite my sincere wish to saturate this text with as much optimism and hope for the best as it is possible, I will still try to remain realistic and impartial. It means that we are going to talk about really good and necessary things, which are aimed to make people’s lives safer and therefore more fulfilling, not only from the point of view of their theoretical greatness, but also from that of their feasibility.

Besides, there is one more issue I would like to mention as we are going to dedicate this discussion to the predictions of significant, probably even revolutionary changes in our world. So, while I was surfing the Net searching for some valid and interesting info for my new article, I came across one very thought-provoking quotation (by the way, I am proud to say that as all writers who work on the blog of our college essay writing service do it, all our texts are based on real sources and backed up by the knowledge of their authors).

In a deliberately disguised manner it stated the idea that making predictions is difficult, especially when they concern the future; and the thing is that any prediction can’t but be about the future by default. Otherwise, it wouldn’t be called “prediction”. By musing over this idea here, probably I am trying to relieve myself of the certain responsibility for the fact that some of the optimistic forecasts I am going to share with you below will appear to be fake and hence won’t meet global expectations.

Anyway, I believe it’s worth paying attention to the achievements of the recent years at least in order to stay aware of the progress our world makes. Paradoxically, neither the news programs on TV, nor the headlines of the first articles published in newspapers or posted on numerous web portals seem to be very enthusiastic about letting the masses know about the recent discoveries in medicine or, for example, the innovations in education system, and so on. At the same time, there is definitely no need to list the topics and events which constantly come into focus of mass media.

That’s why right here and right now we are going to explore a number of impressive prognoses which regard considerable improvements in different spheres of our everyday life, and which can literally raise our hopes for the better and safer future. In addition and in order to make the quite brave claims here even more convincing, we will learn some interesting facts about the famous predictions which were made by prominent people of the past concerning our present. Were they right? Can we be right these days making forecasts for the next decades? Find it out with our college essay writing service!

As the name suggests, a neurological disorder relates to any kind of disorders in normal functioning of nervous system of a living being. The most significant thing to note is that nervous system of highly evolved organisms, like ours, includes such organs as the brain and spine as well as various nerves. It would be enough to remember that every process inside our body and even on it (if we take regeneration of outer wounds, for example) is directly connected with as well as supported and controlled by the brain if you want to imagine how important it is for our human well-being. Consequently, any damage of this organ and other structures it interacts with can seriously affect our health, both physical and mental.

Despite the fact that nowadays there are a lot of technologies which help diagnose abnormal neurological conditions and diseases of nervous system, that there are medications which can help prevent these conditions or diseases from getting more severe and hence save patients’ lives, still nowadays they can’t be cured fully.

Have a look at the list of the most frequent illnesses:

What’s the Way Out?

These days, scientists claim that there is an effective solution to these and many other medical problems of such kind. The so-called optogenetics is considered the key to effective treatment of many neurological disorders. It is a modern biological technique involving the control of brain cells functioning with the help of light. Being the combination of techniques from, as the name suggests, optics and genetics, it has proven successful after a number of lab experiments in Max Plank Institute of Biophysics, Frankfurt am Main, Germany.

You know, what I really like about my work on our college essay writing service is the possibility to learn about dozens of amazingly smart things just by chance. And I do wish good luck to the guys who are working on the development and at least oral if not practical popularization of the carbon dioxide batteries at the moment. Besides, I’m really thankful to the people who are the authors of the initial idea.

A Few Words About the Beauty of the Invention

Nothing can go without energy. Have you noticed that this statement keeps its semantic and structural logic regardless of whether it is comprehended literally or figuratively? As there are different types of energy, we can also assume that this statement remains logical and true in any case. In order to make our reflections more specific, we will mean electric energy, that is electricity.

What is more, we also know that traditional ways to generate it (take thermal power stations fueled by coal, for example) mostly cause other global problems – the greenhouse effect, different types of pollution and the like. Carbon dioxide, known by its chemical formula CO2, appears to be one of their major ingredients. So, what would you say if someone decided to use the problem of carbon dioxide pollution as the resolution to the problem of electricity supply?

That’s when two birds can be killed with one stone. Carbon-breathing batteries, as they are also called, are believed to become such “stone” in the next 10-15 years! They will be able to suck carbon dioxide and generate electricity with all essential byproducts.

A Few Names to Know

The idea of such invention belongs to Dr. Cary Pint, who is now an Assistant Professor of Mechanical Engineering at Vanderbilt University in Nashville, Tennessee, and Dr. Stuart Licht, a Professor of Chemistry at George Washington University in Washington, D.C. Their research teams have carried out the successful work on the cells, which are now waiting for their great time to come.

Now let’s try to go beyond the Mother Earth. Just follow the blog on our custom essay writing service!

It’s not a secret that modern science is able to bring into life the ideas of the bravest romantics who predicted that humanity would once manage to look at the planet Earth as ancient gods might do it thousands of years ago – from the skies. Right, we are going to talk about space journeys, which are not a dream anymore, and the opportunities they open in front of all of us.

Let’s check our knowledge of history and remember the old times when the world map was, as we would say nowadays, updated with the outlines of newly discovered lands. It is a true fact that demographic issues (these are the ones regarding dramatic population changes) were one of the powerful factors which caused the very necessity of geographical discoveries. The exploration of space and the prognoses about human settlements beyond the Earth can partly be fed by the contemporary demographic situation as well.

So, in 2015 through the official document NASA claimed that in the near future it would become possible to send specially trained people to Mars with the aim of more thorough research on this planet. The thing is that Mars is deservedly considered the most comfortable planet of the Solar System for the normal existence of human beings. As NASA continues exploring Martian surface with the help of robots, today we know that it can have such valuable resource as water, which is actually the very significant evidence of life on the Red Planet. 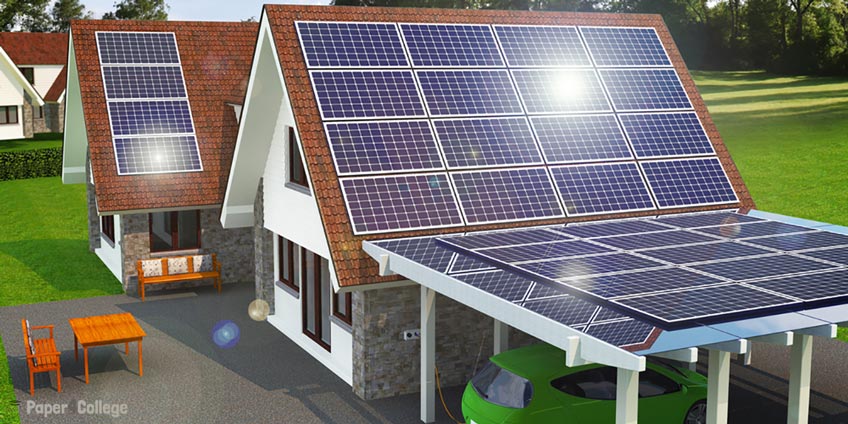 Free wireless access to your favorite college essay writing service and online food store with the option of almost immediate delivery is not the only advantage the 100% sustaining home of the future is claimed to have. Let’s discover more about the features of such dwelling.

Autonomous homes would require well-thought systems of heating and cooling which can be interconnected with one another. Among the most successful solutions for maintaining the comfortable temperature inside such kind of building include:

Let There Be Light

The lightening system of a self-sufficient home would use lights powered by the electric energy from the sun, wind or water. Also, the passive lightening can be used. You have probably guessed that it implies the right planning of windows which could help catch the daylight and lighten the house with it from morning till evening.

However far scientific progress may lead us, we will always need water to survive. So, it is quite obvious that the yard around the autonomous home must have a well with drinking water. However, using it for non-potable needs doesn’t seem that economic. Besides, a special widget to collect, clean and store the used water, as well as rainwater, would be a very clever and necessary solution.

One extremely important thing to consider before building such self-sufficient ecosystem is the place at which it would be located and its construction. The choice of the location is essential for determining which natural resource can be used with the most benefit for the owner of the house and zero harm to the environment. The building should be planned correctly as well, so that all the rooms were lightened comfortably.

P.S: Famous Predictions of the Past That Have Proven True

Although none of them predicted the appearance of the custom essay writing service like ours, still I can’t help wondering how far these people could see!