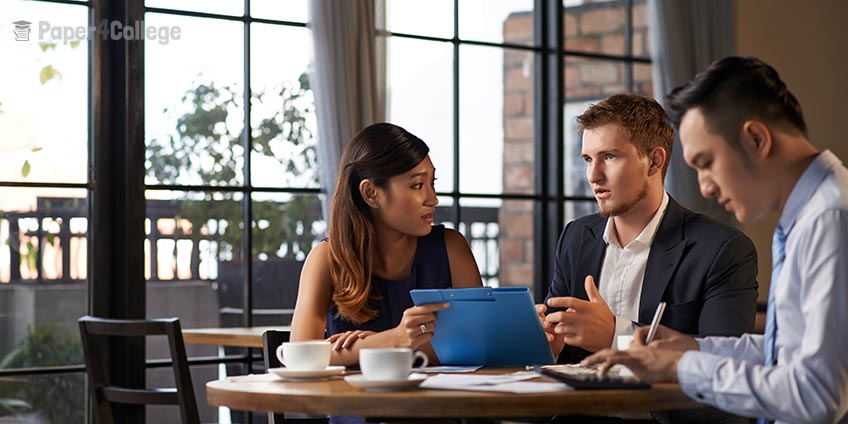 It is definitely good that all people are different. It is always interesting to communicate with someone whose hobbies and world views are different from yours. In this way you receive a great opportunity to learn something new and discover original opinions on the things which you have got used to long ago. Huge positive changes can be brought into your normal life turning it unexpectedly in an absolutely new direction.

However, very often we become the victims of such difference in views and opinions. The significant problems may arise when there appears to be nothing in common between the two people who have to make a decision upon one particular issue. Besides, the inability or unwillingness to come up with what we call a compromise or consensus can result in something much more serious than just a disagreement or dispute.

Generally, we refer to such situation as to a conflict which has a smaller or bigger scale depending on a wide range of factors. Whatever the matter is, a conflict can always be associated with arguments, stress and temporary breakup (or, unfortunately, quite a long one) between the opponents.

On the other hand, we can and we will look on conflicts from an optimistic point of view and try to develop a few approaches that can help resolve them as peacefully and effectively as possible.

So here is a little bit of theory to prevent any troubles in practice.

A Few Prior Remarks About the Essence of Conflicts

We are going to talk about managing conflicts, finding ways out and taking benefits from such kind of life situations. At the same time, let's agree in advance that we should adhere to a friendly manner of treating the person on the opposite side of the barricades.

This has just been a moral pre-remark to the following discussion. Let's go!

Remark #1: Conflicting Views, Interests and Others 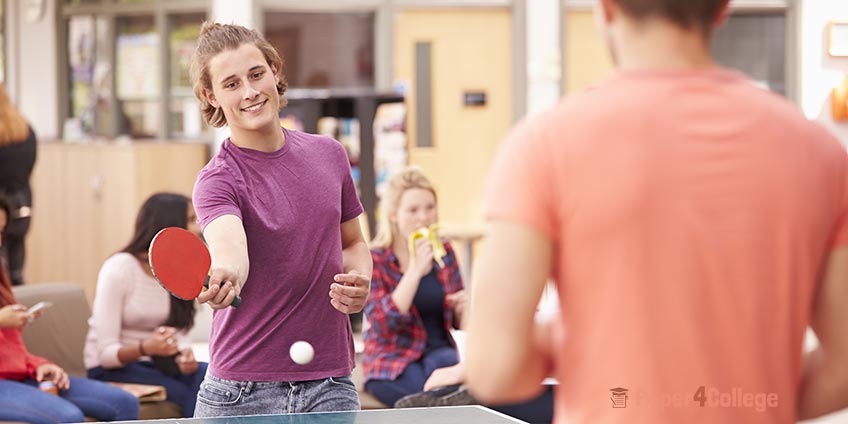 What can be considered a conflict? Why can we identify it quite clearly among our daily routine situations? In order not to go into complicated psychological terms, let's define it with the help of our imagination and associations.

If speaking figuratively, having a conflict seems like playing table tennis with two balls. Each player has one ball that they serve simultaneously. Their two main tasks are to return the opponent's serve and watch their own balls to be missed by the opponent. Victory is their final aim.

The similar images can be related to the conflict situation. You are serving your view or idea to your opponent while he or she does the same at the same time. Both of you can't accept the opposite view or idea, so you are trying to return it like a tennis ball. However, instead of paddles, you use arguments and contradictions, sometimes expressed with your voice raised and your face contorted with anger. By the way, it is mostly anger plus some other emotions of the same nature that act as a single force to make your opponent accept your position and give in.

As long as any conflict involves at least two people (unless we talk about the nature of some complex psychological concepts like self-criticism or self-abasement), it has at least two different sources to feed on. Consequently, in order to stop the conflict, at least one of these sources must be removed. This means that either you or your opponent will need to agree with or simply accept the opposite opinion.

However, the main difficulty in resolving the conflict comes from the fact that usually neither your opponent nor you want to do it. And again, this double unwillingness heats the situation up.

Indeed, at first sight it may seem that the conflict can be resolved after one side agrees to accept the views or ideas of the other. However, we have already stated that a conflict situation requires two characters, so only something that satisfies both sides more or less equally can be considered a true resolution.

The conflict actually conceals the necessary key for resolution. To find it, you need to try to go beyond the visible reasons and search for what these particular reasons may base on and where they may take their roots. So it seems like playing a movie back to find the necessary shot: if you start from it once again, you will be able to understand its general sense and idea. The same is about conflicts.

Let's set a simple example: your conflict with your group mate may arise not exactly because both of you took one and the same topic for an individual project, but because both of you could be too sleepy or overwhelmed with other thoughts. They occupied your brains at that very time and prevented you and your opponent from paying enough attention to the list with the topics as well as to preferences both of you might have. If both of you muse it all over, you will see that you can't blame each other for being tired and therefore slightly lost.

Commonplace Question: Why on Earth Do We Need Conflicts? 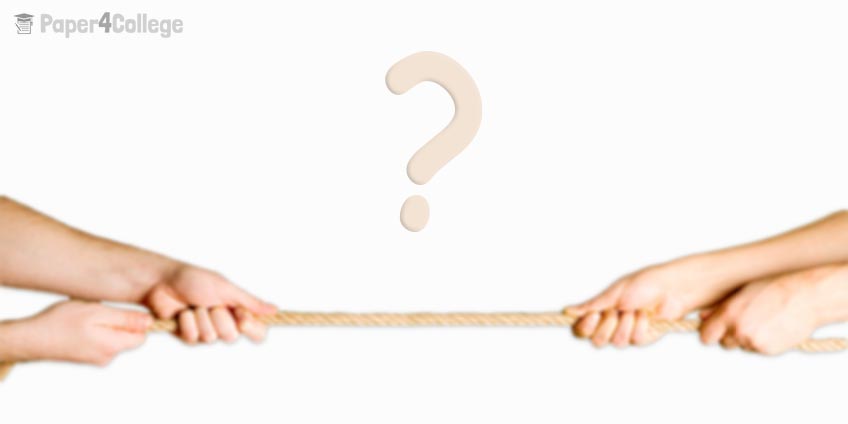 We can discover visible and concealed reasons for each particular conflict situation. However, if we look on the very phenomenon of the conflict in general, we will face up to some quite interesting things about its nature.

It appears that we need conflicts and those emotions which can become the driving forces of the dispute as well as the emotions we obtain during the conflict.

Any trifle, even the most insignificant and inoffensive one, can turn into a heavy long-lasting dispute. A hot conflict can appear literally from nowhere, without any prior notice. So in case you have found yourself involved into such turmoil and trying to make it out, there are a few basic things you should do your best to identify these three things:

To put it all simply, we are going to characterize the most common conflict situations that you may face as a student. The following descriptions will cover the sides, possible reasons and purposes as well as both positive and negative predictable result of the conflict.

Certainly, we are going to start from them, because they are probably the most painful and significant among all other types of conflicts.

Conflicts During Your Study Process

They don't include your arguments with class or group mates. We have regarded these to another type.

Conflicts with Your Boyfriend/Girlfriend and Friends 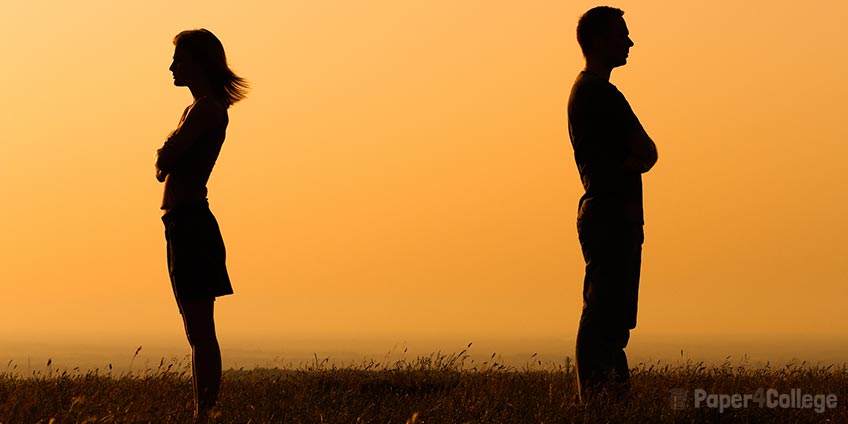 We have decided to join these two types in one because these conflicts mostly happen between peers and may be easier for you to resolve by yourself if comparing to other types.

Any Other Daily Conflicts

There is probably no need to enumerate all possible conflict situations that can happen during your ordinary day just on the street, in public transport, in the supermarket and so on. They all are relatively insignificant but, on the other hand, they can really let you down for some time.

In order to prevent this henceforth, we have developed a few handy pieces of advice on how to manage conflicts effectively and take benefits from their results.

Instead of the Conclusions: Universal Anti-Conflict Remedies

Of course, each conflict situation will require a specific approach for successful resolution. It will depend on the person or people you are arguing with, your initial motives for the argument and many other different factors. Nevertheless, there are still some basic techniques or remedies, call them as you like, which can provide a peaceful and successful outcome.

Let's see what we have here! 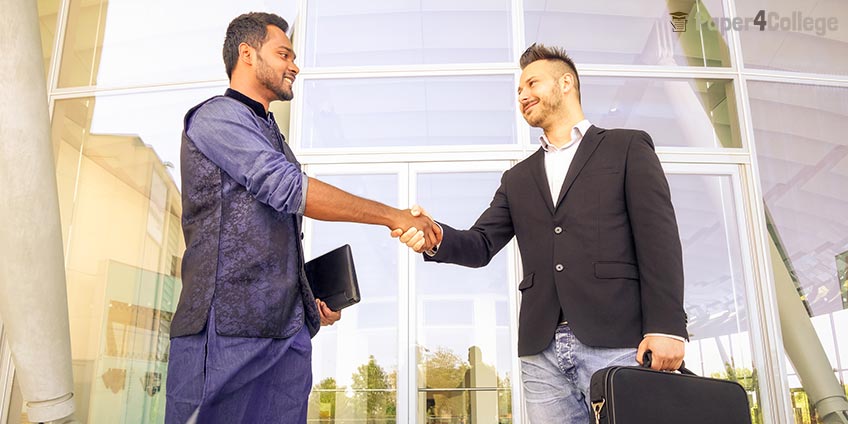 Pay attention that there is nothing about optimism here. Sometimes, a too optimistic approach can make everything even worse. The conflict implies a problem, and your task is to solve it as effectively as possible, but not to avoid it by playing jokes though witty they may be. Flexibility will help you to adjust quickly to the stressful situation; seriousness will dispose you towards logic, coherence and reasonableness; while friendliness will help to turn the situation around. Jokes will help as long as they're wisely combined with these three elements.

Be Ready to Listen till the Very End

Listening to the person who you can agree with requires much patience, tolerance and calmness. So this is a real challenge. However, these qualities will help you to stand head and shoulders above your opponent. This means that you will find yourself much closer to the beneficial resolution of the conflict. Besides, such behavior of yours can make your opponent feel much comfortable with you and try to move in the direction of this resolution as well.

Neither of the two opponents can be either absolutely right or completely wrong. So it is a good reason why there is a sense to listen to the arguments from the opposite side and try to find something special about that can complete your own point of view. In this way, you will also do your opponent a nice favor by using his or her idea in order to come up with the resolution which can satisfy both of you.

Be the First to Suggest Action

Avoidance doesn't mean resolution. Giving up and going away or flying into a rage because of your opponent's intractability won't give anything, except for your spoilt mood and cracked or even broken relationships. However, these are just words. If you want a result, if you want a benefit, be ready to act and make your opponent act with you as part of the problem depends on him or her anyway. This isn't going to be a compromise or concession. This is cooperation that can bring you what you want from this conflict without offending your opponent.