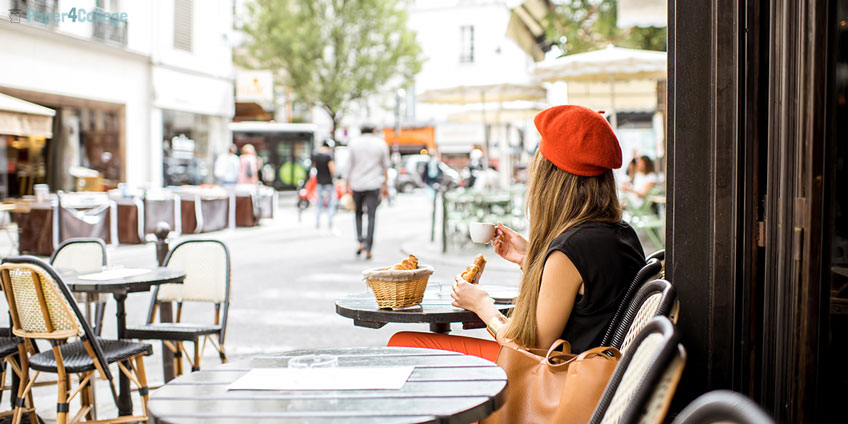 If you suddenly need to write an essay on a similar topic, then you can always use our sample, and you will definitely do a great paper.

If you have not heard anything about the English question in France yet, then, most likely, it is only because you are not particularly interested in this country or have never been there. Yet the fact that the French are extremely reluctant to speak English has always been a source of both jokes and conflicts.

If we speak about the most popular destinations among tourists, France is unrivalled. On a relatively small territory, absolutely everything that can be attractive and interesting to a traveler can be discovered: history, culture, attractions, favorable climate, resorts, famous cuisine, and, of course, the capital of romance – Paris!

Even if you have never been to France, you might know about it so much that it seems you would feel so homey there, after you realize this eternal childhood dream – to see Paris.

Moreover, there is a universal language for all tourists – English. It helped explore so many new countries and continents. "How perfect it is that I speak English!" you think, packing your suitcase, in anticipation of visiting Paris.

However, this meeting will not be so rosy.

For many people, this is the reason not to visit this country. Some even have an initially negative attitude to it. They are puzzled why, having mastered the main "tool" of international communication, they nevertheless feel infringed.

On the Internet you can see a lot of negative reviews whose authors write that they will never go to this country where no one wants to understand them. But maybe, these guys should first understand them themselves?

It’s true that the French don’t speak English in their daily life, but the main reason for reluctance to use this language in communication with tourists is unlikely to lie in this fact. After all, English is the official and language of Great Britain, with which France has competed in everything for many centuries.

In the past, it was a struggle for the number of colonies, now it is a struggle for political and cultural influence in the world. Even in everyday life, pound and kilogram, foot and meter compete. The pride and dignity of each country make this rivalry truly eternal.

However, one must understand that the language of tourism, the international language, is, in fact, English. Therefore, in no country of the world people will laugh at your accent, if English isn’t your mother tongue, because they themselves have no less non-standard pronunciation.

French people also do not speak ideal English. For example, in English a stress is not always on the last syllable, which is extremely unusual for French.

All around the world you will find English-speaking employees in most companies and organizations related to service sector. Tourism plays a huge role in the French economy as well, and quite a lot of French people can speak English, better or worse. It is remarkable that the knowledge of the second language is a huge plus if you happen to look for a job in France. And if you know French and two other languages, you will be considered almost a polyglot in France.

Imperial ideas are gradually eroding, every new generation is thinking less and less about it. More people are learning foreign languages, including English. Therefore, youngsters know it better than older people.

But if you still have little knowledge of the French language, speak it in France wherever possible. The French are very respectful of everyone who studies their mother tongue and always try to help.

If you speak only English, then, unfortunately, there is a chance that your interlocutor will pretend that he or she does not understand you.

Learn at least the standard spoken phrases. And France will open its heart to you.