When words are not enough, when we are overflowing with emotions, when we want to be understood, GIFs come to rescue us! These witty colorful (or black and white) guys enable us to express exactly what we feel at the moment of chatting with our friends or maybe even parents. And we know for sure that they will get what we mean easily.

Looks like GIFs are the best thing a modern person needs for fast and effective communication with others of her kind. So, why can’t we take them as a language of the cyberworld?

If many thousand years ago our ancestors used pictograms to exchange information, today we could use GIFs, which are actually animated pictograms, on the regular and more serious basis to do the same. That is we could turn them into something more functional than just fun. What do you think about discussing this issue in your essay?

By the way, you can check out some writing services and tips here: paper4college.com/homework-help-online.

The culture and usage of GIFs appears to be a good topic not only for your mates majoring in Computer Science, Linguistics or English Language. Let’s learn more about their origins and features, find more proofs of their versatility, and try to envisage any possible undesirable consequences of using GIFs in order to come up with prompt ideas of upgrading their positive facets.

That’s going to be an exciting and original research work!

We’ll Start from Agreeing on the Right Pronunciation

And it will help us understand better what a GIF is. So, now think now you usually pronounce this word. Is it a hard “G”, which is preferred by 70% of people who know the term? Or is it a soft “Jif(f)”?

Surprisingly, the father of GIFs, Steve Wilhite, conceived that the word should be pronounced as “Jif”, according to the phonics rules of the English language. However, Jesper Norgaard or Dan Cederholm claim that “Gif” is correct because it’s an abbreviation of Graphics Interchange Format. You’ll never say “Jrafics”, right?

By the way, you’ve just got a smart technical interpretation of a GIF. Put more simply, it’s an animated picture. The effect of movement is created by layering a certain number of images on top of each other. If you’ve ever tried to make a GIF yourself, you know what I’m writing about here. Or just google for it.

Still, what should we decide on pronunciation? The Oxford English Dictionary asks all of us to sheathe our swords because both “Gif” and “Jif” are correct. Well, personally I trust the good old OED, and you? 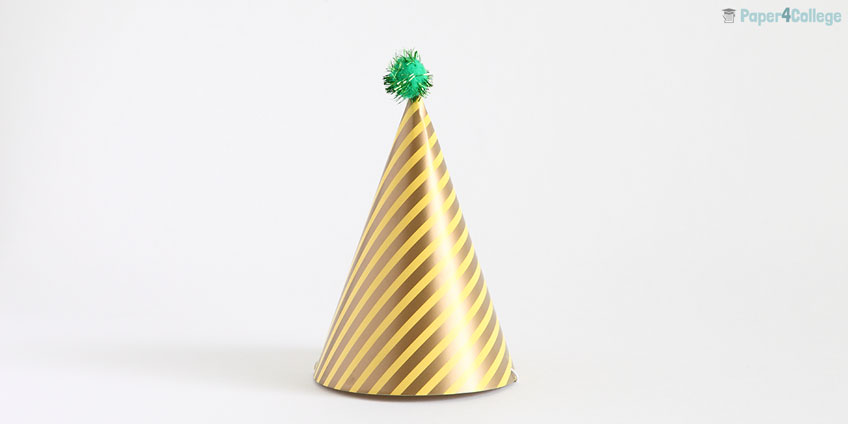 The very first GIFs appeared in 1987 and were very primitive, compared to what we can avail today. For example, it could be just a waving flag of the Unites States. Original GIFs were kind of similar to modern emojis. But nowadays we know how big the difference between them is, don’t we? Especially if some of us have watched “The Emoji Movie”. (I didn’t watch it either but I read on Wikipedia that it was criticized heavily.)

Anyway, this post, as well as your essay, is about GIFs. Modern technology has turned it into a more impressive thing than, say, a picture of a sparkling star or a ticking clock. What’s more, on the Internet you can find free GIF makers and create new masterpieces yourself.

Why GIFs Have Become So Popular

Yes, they are so funny and cute, and just awesome, and… Well, I wish I could insert a GIF here! But I have to keep my head. What I mean is that the reason why we like GIFs so much is more than obvious for each of us. Nevertheless, their growing popularity can also be considered from a more analytical point of view.

They aren’t pics, and they aren’t videos. They aren’t very difficult to code and insert in a webpage. It’s very convenient to view them, as they load fast and don’t have sound.

Initially, only Reddit and Tumblr supported such graphic format. But since Twitter and Facebook, as well as many other social media, developed special platforms, hundreds or millions of Internet users have enjoyed easy and free access to these cyber-pearls of humor and life wisdom.

Does it sound too pathetic? Whatever, I’m sure you know what I mean. (Inserting a smiley here.)

They can help us support or deviate from any topic that we somehow happen to discuss in a chat. They add to our humor and communicational creativity. Texting gets more entertaining because you can literally illustrate your emotions, while words may only prevent you from being sincere to your interlocutor.

Generally, the usage of GIFs simply saves our time.

Today it probably doesn’t matter what the very first GIF was created for. Let’s assume that fun was the main purpose Steve Wilhite wanted to achieve.

But what the latest news tells us is that amusing pictures which can move have started penetrating into other spheres of activity. Moreover, they’ve turned into a powerful digital tool of attracting Internet users to goods and services offered by different businesses online.

Can you think of any examples now? Take a look at what I’ve researched and check if you’ve guessed.

Is There Anything Gray About GIFs?

I’m just trying to be a realist, okay? I realize how really hard it is to come up with any negative, or rather non-positive aspects of GIFs. I’m writing this post, so I know it better than anyone else.

But they say nothing can be ideal in our world. Neither can GIFs. In order to find out whether there are any people who can find something bad in using GIFs and what it can be in their opinion, I asked my friends and colleagues, I checked about a dozen of different forums, I even read a few smart articles about the issue.

Here is what I managed to learn.

So, what conclusions shall we make now? GIFs can be a universal language of an informal conversation between users who share similar sense of humor. They save our time and help us to say and even show what we feel.

On the other hand, it appears we shouldn’t be so passionate about them. It can be vitally essential top know when to stop even in the context of using GIFs.

If you want to learn more about GIFs and their features, I recommend you visiting this website.