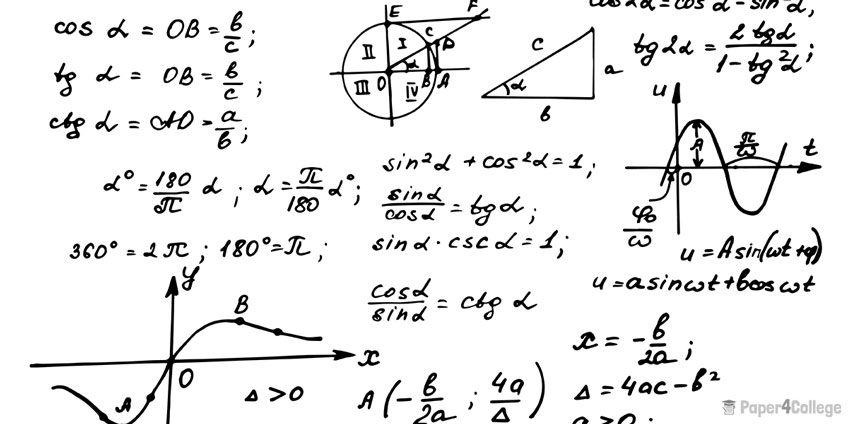 The real story behind Robert Lanigel’s novel “The Man Who Knew Infinity: A Life of the Genius Ramanujan” and the film based on it will be a smart and interesting basis for your essay or movie review. It’s even considered to be one of the most romantic stories of mathematicians.

Today we’ll try to dig deeper into it and find out why this film can provide you with impressive material for your writing and make a great evening pastime as well. It is a fine, clear, and touching picture about a striking mind of the world’s science, who always remains a human striving for fairness and truth.

If you’d like to learn more about essay and film review writing, welcome to check this page: paper4college.com/assignments.

A Few Important Words About the Main Hero

Srinivasa Ramanujan was a born mathematician. Although he was destined to live only 32 years (from 1887 to 1920), his original mathematical research became a lavish source for new discoveries and new revolutionary ideas in the 20th and 21st centuries.

Where the Story of Scientific Success Starts

Still, how could the world find out about the advanced ideas of an average clerk from Madras, who actually self-studied math since his childhood? How could a young man without formal higher education impress the greatest scientists of India and Great Britain, and of the whole globe?

With the help of his colleagues and some scientists who acknowledged his findings but couldn’t understand them properly, Ramanujan sent letters to British mathematicians, with his works attached. Although he received several polite rejections, there was one scholar from Cambridge who got interested with Ramanujan’s knowledge and discoveries.

This scholar’s name was Godfrey Harold Hardy. He is well known for the achievements in mathematical analysis and number theory. But when he was asked personally what he considered his most outstanding contribution to the math science, he instantly replied that it was “the discovery of Ramanujan.” Hardy became Ramanujan’s mentor and one of few mathematicians who supported the findings of the Indian autodidact.

Their collaboration had its highs and lows. By the way, they are perfectly depicted in the film. Hardy realized that the British scientific community wouldn’t believe that solutions to the most complex theorems and novel formulas just came to Ramanujan’s head as they were. Hardy demanded proofs.

Till the Last Breath

Young man’s ideas could make a revolution in mathematics, but he had to prove that the revolution was worth it. He had to publish his works and make them understandable for other scientists, so they could accept and acknowledge his enormous contribution.

Ramanujan managed to do it. Interestingly, he was elected to the London mathematical Society and became a Fellow of the Royal Society earlier than Cambridge Trinity College, where he worked with Hardy, granted him a fellowship.

The young man had really poor health, which worsened due to the climate in England. What’s more, he caught tuberculosis and suffered vitamin deficiency, without even telling his mentor about it. In 1919, after his works were recognized, he came back to his wife and mother in India, where he died a year later.

You can learn more about the mathematician’s life here. Although his story is a bit romanticized and, maybe, even dramatized in the movie, the directors succeeded to present it without any excessive sugariness or put-on tragedy.

Some Interesting Facts About the Film 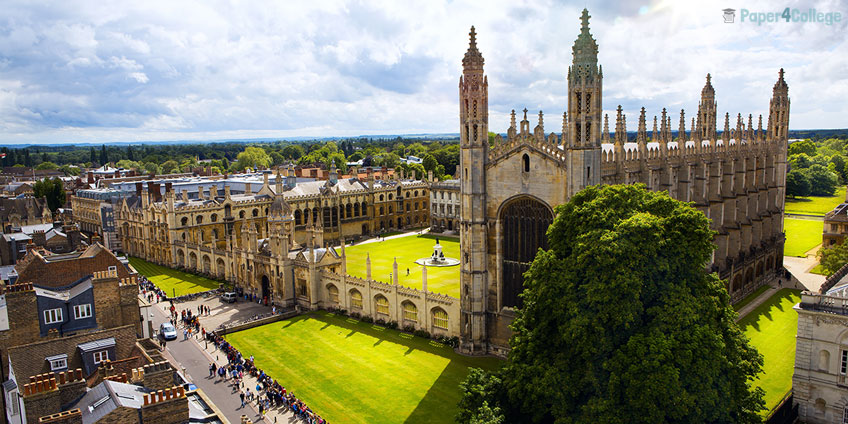 “The Man Who Knew Infinity” was directed by Matthew Brown and officially released in 2016. Matt Brown wanted the little-known story of a truly outstanding person to reach the world in its maximally original version. But due to that the filming took ten years.

Most of delays were caused by the insufficient financings. It’s rumored that some sponsors refused to give the required sums because Brown, in his turn, refused to “upgrade” his film with a love affair between Ramanujan and a white nurse who could look after him when he fell ill. Despite the fact that such a position of the director could have cost him a total failure, it was really brave of him. His intelligent hero is a loving husband, and a viewer gets no hint on any kind of betrayal on his part.

The film is starred by Dev Patel as Srinivasa Ramanujan. The young actor is best known for his leading role in “Slumdog Millionaire”. G.H. Hardy is portrayed by Jeremy Irons, who holds numerous film awards for his brilliant playing. No doubt, the actors are chosen perfectly. However, the difference between their ages is about 40 years, while real Hardy was only 10 years older than Ramanujan.

The shootings took place in two Indian towns, Pondicherry and Kumbakonam, as well as in Trinity College, Cambridge. So, the Newton’s apple tree, which John Littlewood shows newly arrived Ramanujan, is real. The last scenes were shot at Bodleian Library, Oxford. Just so you know, the Hogwarts Library scenes were also shot there.

Matt Brown finished the work despite all challenges. Although it wasn’t highly praised by film critiques, it wasn’t commented on negatively either. Whatever your expectations of this film may be, you’ll definitely agree that the story of the mathematician is told sincerely and exhaustively. That attracts.

Something More Than a Biographical Drama

This is the most popular definition of the film’s genre. However, if you watch “The Man Who Knew Infinity” more attentively, you’ll see that the life story of Srinivasa Ramanujan is something more significant than a biography of one, though truly prominent, man.

It pictures the destiny of India in the early 20th century. It highlights academic, social, racial and cultural issues, which may still take place nowadays. Though very unnoticeably, but it still draws viewers’ attention to World War I. However, the film doesn’t make you condemn what you see in it. Matt Brown tried to depict the reality of that time. And he did it successfully.

Below you can find a few examples which relate to a few very different facets of the mathematician’s story. You are welcome to use them in your essay or review in order to make it more informative and to draw the reader’s attention to the remarkable details of the film.

Ramanujan came from an average Indian family that managed to give him some education. However, unless the boy hadn’t been so thirsty for knowledge, he wouldn’t have become one of the legends of the academic world. But his way to the achievements he eventually made was thorny and painful.

Also, it was mentioned in the film that Ramanujan and his family belonged to Brahmin varna (a social class in India). According to the traditions, he was forbidden to leave the home land. So, when he received an invitation to Cambridge, he actually couldn’t go.

In the film the hero literally breaks the varna laws. In real life, if G.H. Hardy hadn’t contacted his colleague at the University of Madras, where Ramanujan was offered a scholarship, and hadn’t insisted personally on Ramanujan’s coming to England, great mathematical ideas might have never come into the world. 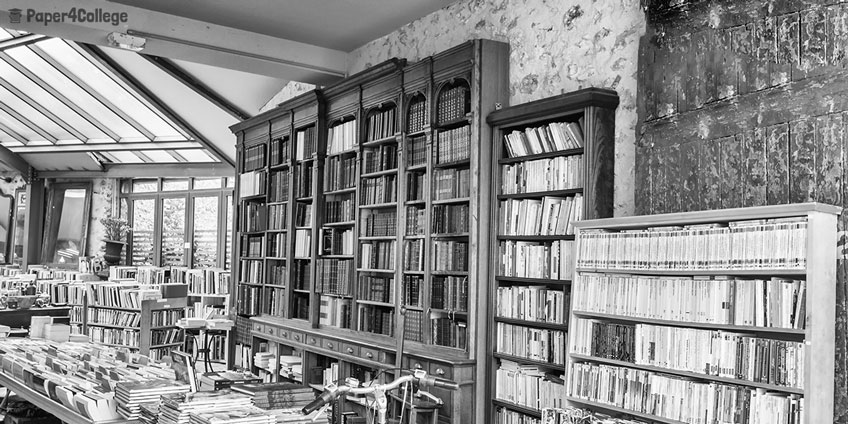 Although Srinivasa Ramanujan wasn’t the very first Indian whose mathematical ideas had to deserve the recognition of the British, still it smelled of some intolerance and distrust towards his works in the scientific community of England.

That was a matter of human psychology. Some racial prejudices, which unfortunately could occur at that time, posed a threat to the international impartiality of science. The biasness could blind even the greatest minds, not letting them see the correctness of Ramanujan’s calculations.

The history shows us that didn’t happen. However, that did play on scientist’s nerves, literally.

It’s depicted brightly in one episode of the film. Probably, it has nothing to do with the real events that took place during Ramanujan’s staying in at Trinity College. But it’s difficult to deny the fact that such a scene could be something very shocking in England in the beginning of the 20th century.

World War I broke out on the continent. While British soldiers were sent to fight in Europe, Great Britain itself turned into a warehouse and hospital. Trinity College became an aid post where the wounded were delivered.

But along with them there were many rather healthy soldiers who stayed at Cambridge for different reasons. One day Ramanujan bumped into the three of them, and they attacked him just for being an Indian who had a better room and, probably, some money. The young mathematician, however, didn’t drop a word about the incident.

Ramanujan was a vegetarian, so it wasn’t easy for him to find really nutritious food in England. Obviously, he also couldn’t join his mentor as well as other students and professors at college dinners, which were a form of socializing at that time.

The traditions he followed faithfully made a weirdo out of him. But we should give the mathematician his due: he never tried to fit in by breaking with them.

Again, poor understanding of Indian culture sometimes hindered the wide acknowledgement of his achievements, which were going to become of international and all-time value. But, fortunately, the story tells us that there are enthusiasts, like G.H. Hardy, who is ready to accept any rational idea despite its cultural or racial origin. Such people make history.

What and How to Write About Your Impressions 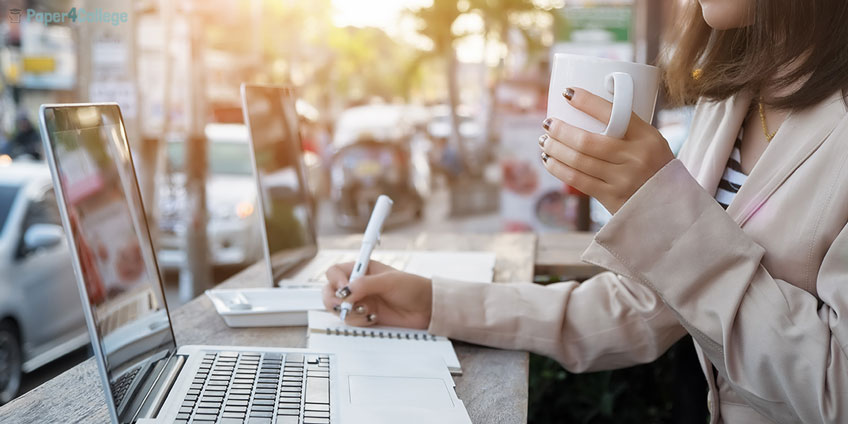 They will make a good conclusion of your review. Your personal opinions on the film can also help you come up with the sound reasons why you recommend or don’t recommend watching it. So, let’s check how to approach the final part of your writing and express your impressions, so that your reader is imbued with them.

“The Man Who Knew Infinity” isn’t a story that will make you burst into tears or shiver from anxiety if you’re quite a sensitive viewer. But in no case will it leave you cold. At some moment you’ll find yourself deeply sympathizing the main heroes, who try to break the ice of the English scientific community. You’ll find yourself worrying together with the young mathematician when he doesn’t receive letters from his wife because his mom hides them from her. And you’ll find yourself hoping for his quick recovery when he catches cold.

And, of course, you’ll wish Ramanujan’s ideas be recognized! Even if you don’t understand them fully.

But you’ll also be pleasantly surprised to realize that you don’t need to google for mathematical terms and formulas while watching the film. They are inserted into the characters’ lines so unobtrusively and skillfully, that you’ll understand everything quite easily.

By the way, this was one of the main difficulties for Matt Brown, who’s also a screenwriter for this film: his mathematicians have to speak smartly but clearly enough, so even those who major in Humanities can understand everything. (Hope I didn’t offend anyone. I didn’t mean, honestly.)

Even if it doesn’t become one of your favorite films, you’ll definitely be glad you’ve watched it. “The Man Who Knew Infinity” is a stylish and sincere picture that inspires never to back away from your aspirations and beliefs.