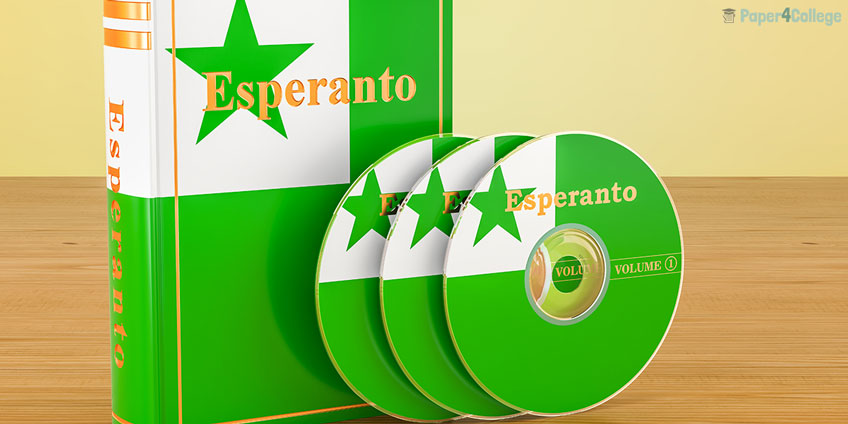 If one common language for everybody is the topic you have always found interesting, today we are going to expand your interest and tell you more about the past and present of this widespread idea.

But before we do it, please let me remind you that online homework help you are looking for has never been better in terms of quality: get in touch with our professionals to see your problem solved with a swing.

Myth of a Common Language

When we talk about a myth of one common language, it is both a romantic yearning and an optimized solution. Just remember the Babel Tower myth and its far-reaching echoes. Obviously, such myths concern rather something seemingly invisible. It’s all about collective unconscious at first sight, but that’s the root of lots of romantic theories of social order (rather very socialistic in spirit).

Anyway, we are to accept the trivial idea that since time immemorial humanity has yearned for one common language being the pledge of its spirit of community and mutual understanding, as well as acknowledge a certain grain of truth in it.

Languages Assuming the Role in Question Throughout History

Every student knows or at least has heard something about different languages being the embodiment of that lost and mourned protolanguage throughout centuries.

Here we should mention Spanish and French. The first one was lingua franca during the times of dominance of Spain in trade and overseas. The second one was the sign of exemplary radiance, reputation and prestige of France in the whole world.

English as the Modern-Day Lingua Franca

So, as we see now, that aspiration of people to have one common language and to be able to push mutual understanding to new heights has never gone away. In different decades different languages served exactly as the world’s unique (predominantly) lingua franca. With that, such a language unavoidably made extensive use of its prestige and other perks such situation generously procured.

In the 20th century, especially after the Second World War, the situation has radically changed, and English occupied the place of French (or, sporadically, other languages) as the language of international communication. Actually, this state of affairs has only become steadier with the passing of time, and seemingly it is here to stay. But is it really so?

Yes, that’s the question. Since the Age of Enlightenment the newly shaped world has taken on pretty specific forms. Uniformization was king. That’s rather the spirit of the era where each and every social action was instrumental, and the medieval notion of “good” was replaced by “value”.

The consequences of putting such notion in the very center of the new worldview is very debatable as the discussion about what are values and their influence on our lives have never ceased from then onward. You won’t argue with the fact that the notion of “value” is still very fresh, and we live among ceaseless debates about what kind of values we should follow.

Taking that into account, there’s this natural opposition to living in a world with a set of pre-determined meanings and values, and besides, the world ruled by one language.

At first sight, it may seem quite natural that everybody has got specific globalized goals and wishes, and not everyone can feel the need to “feel differently”. But that’s in fact an illusion.

I attended one of the international linguistic seminars where one French professor (sociolinguist) was pointing out at the fact that “people don’t want to live the same way everywhere”.

After pronouncing this phrase, he repeated once again: “Believe me, they don’t want”, as if he knew that not everybody was eager to share his point of view off the real. Of course, several examples followed (Catalonia and the will of people to gain more rights and autonomy there) and seemingly clear phrases of that French professor remained engraved in my memory and made me think about globalization and the way we understand its nature.

Artificial Language as a Way Out

Of course, debates about artificial language being the new lingua franca are not as popular as they used to be. Such possibility seems at least exotic (perhaps, in the distant future at best). If we accept that it is somehow possible under certain conditions, however improbable they are, then the question arises: what’s the main difference between the natural language being king and the artificial one?

First of all, the natural language translates the already shaped culture with its norms and values, and it’s much easier to transform the culture formed with the help of language into a fetish-like object to consume. That’s what happened with the English language as well as the prestige and influence of the Anglo-Saxon world.

There are more premises for myth-making and adjusting the culture into comprehensible beneficial forms promoting certain patterns of lifestyle that actually sell. And that’s the pitfall of artificial languages: they lack that vivid grain of supposed authenticity to make something out of themselves. Something more than just a formal method of communicating ideas.

By the way, your personal essay writing provider sees no rivals in what can be called homework doing, so jump on the opportunity to see your problems melt into thin air.