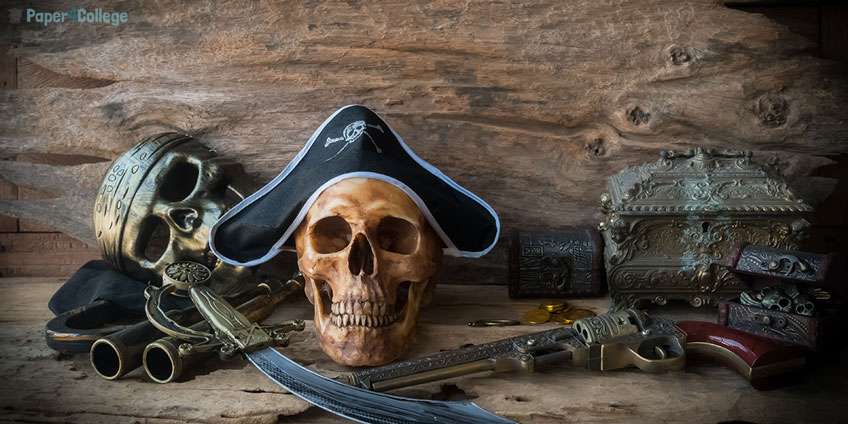 Pirates are sea moss-troopers specialized on robberies of merchant ships, ports, and even small coastal towns. We can subdivide them into free pirates who rob weaker or equal sailors (gentlemen of fortune) and mercenaries who rob those who are currently at war with an employer (privateers, buccaneers, corsairs, filibusters, etc.). The Pirates flourishing took place in the era of sailing ships (end XV – middle XIX centuries). Its apogee was at XVI – XVIII centuries and just then the classical and popular subject’s image came up. These times will be described here.

A popular culture treats pirates as dashing sailors, furious fine swordsmen, adventures seekers, countless buried treasures creators, maritime romance mascots who inspire plenty of men of art. Some even show them as an impersonation of valor, bravery and limitless freedom.

An iconic pirate is an untidy, bearded, one-eyed, and predatory grinned man with a saber on his side, a hook instead of the wrist and stick instead of the leg. There is always a pipe in his mouth, a bottle of rum in his hand, and a permanently turning the air blue parrot on his shoulder. It is not hard to guess that such exemplar has nothing to do with an average pirate. True pirates looked quite differently. A masculine nobility of Peter Blood, a wittiness of John Silver, and frills of Jack Sparrow successfully replaced a dull and unfriendly image of a genuine pirate.

It is true that some pirates’ customs and everyday life features were progressive, fair, just, honorable (by the standards of the time) and so on. Still, they were robbers and killers, and the reason of such customs appearance lies in their lifestyle necessities.

Some Good Features of Being a Pirate 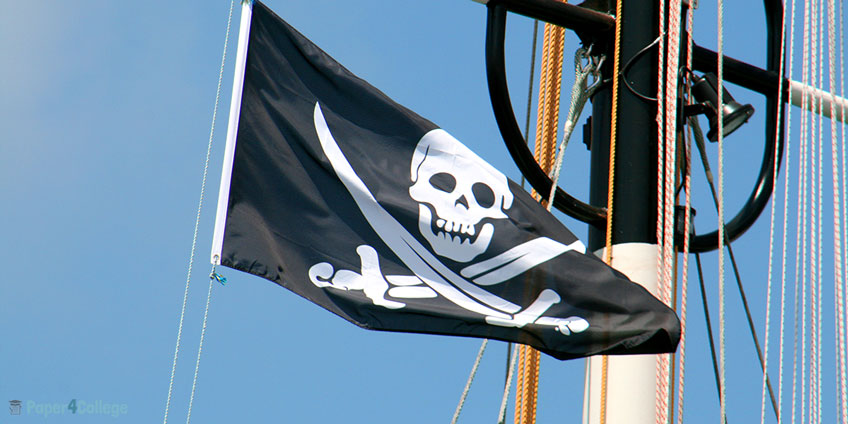 Now is the moment when “not so well-known interesting things” appear. First, pirates were not sick with xenophobia and racism at all. The pirate ship’s crew could easily consist of Europeans, Asians, Arabs, Indians et cetera. Moreover, the entirely white team could be ruled by an old black man, and everyone was ok with that.

Secondly, pirates were remarkably religiously tolerant. An ordinary scene was Catholics celebrating mess while few Injuns dancing around mainmast during their successful hunt ritual and a Shepherd committing the Holy Communion for some Protestants (at the time when slavery was a usual practice!).

Thirdly, the discipline on pirate ships could make any English or Spanish warship burst with envy. It was not just strict; it was very, very strict. However, such strictness was fully compensated by the bonuses for which it could be tolerated, namely:

If you want to know more about pirates, apply to paper4college.com/order.

Pirates ration deserves a special mention. Corned beef was its basement. It was stored for a long time, which is a very valuable feature during long sails. When out of cereals and corned beef, pirates ate rats. When out of rats, belts and tops of the boots were not so tasteless. In extreme situations, cannibalism took place.

To prevent hunger, the captain was obliged to keep an eye on the provisions. The austerity was caused by the fact that nobody knew how long the trip would be. Fruit never took place in a ship cuisine, as it was impossible to store them for a long time. The only vegetables on the ship were onion and garlic: it will not rot in few days, can prevail the putrid smell of corned beef and protect from scurvy for some time. Dysentery was a usual thing among the pirates.

There were also no any toilets on the ships of that time and every sailor (not only pirates) had to defecate from the little platform under the bowsprit. People didn’t wash on the ship. Analyzing the three previous sentences and adding the fact of rotten food and rancid water on the ship, we can imagine the horrible smell dominating there.

An important part of the ship food were giant tortoises. In a case of parking near some uninhabited island, pirates could replenish their stocks with poor reptiles. The reason of it was that inverted tortoises could live such way for months.

Popular pirate entertainments were sack-races and racing on captives. Among tortures and punishments, we can distinguish walking the plank, keelhauling, leaving on a desert island, and digging in the sand. 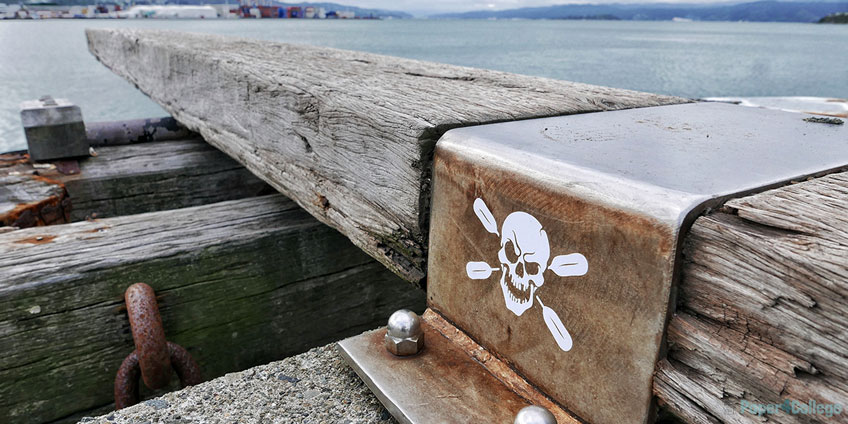 In the end, the main thing you have to know about pirates is that they were usual bandits ruled by two principles: rob and kill. They attacked only in case of guaranteed victory. The average pirate looked like a dirty, unshaven and sick ragamuffin (regular hunger, disease, injury, beriberi, and drunkenness are not contributing to the beauty and health). So, the popular romantic image is quite not what the real pirate was.