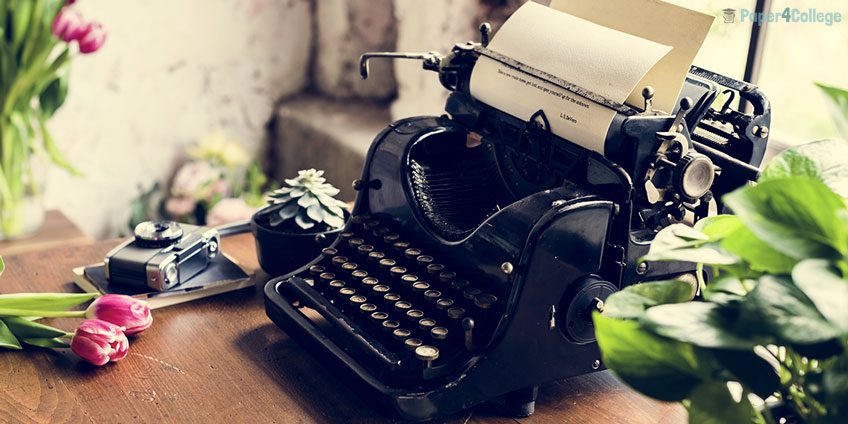 Everyone has his/her own creative destiny. But to learn from the mighty will never be superfluous. We looked at how the classics of world literature achieved success. Of course, every case is particular, but you can trace several movement directions to recognition. Let us look at the pros and cons of each case impartially. Of course, do not regard this as a guide to action, but draw conclusions. Perhaps this will save you from mistakes.

It is a great luck if the first work became popular at once. But more often, the path to fame is long and thorny. To some writers, the fortune favors immediately, but the most part has to fight for their place in the sun.

Woke Up Famous the Next Morning

Jules Verne began his writing career as a playwright. He was only 22 years old when his play "The Broken Straws" was staged at the Dumas Historical Theater. The production was a success, which prompted the author to continue his literary work. In 1863, the first novel from the famous “Voyages Extraordinaires” series was published in the journal Pierre-Jules Etzel. The audience met "Five Weeks in a Balloon" very warm, and after that Jules Verne chose the path of a science fiction writer.

+ If the literary career happens to be successful from the first book, the subsequent promotion is much easier.

+ Less time and effort are spent on trying to break through and you can concentrate on creativity.

– If the first work was a hit, then it immediately sets a high standard. A mistake can cost fame and a career.

He Fought and Looked for

The stories of many well-known writers did not start so smoothly, although, they are quite successful now. 30 publishers refused to print the first book by Stephen King "Carrie"! At some point, the writer even threw out the manuscript. For the fact that the audience was still able to get acquainted with the book, we must thank his wife who insisted on several more attempts.

Marcel Proust’s way was also not easy. Critics gave his poems collection "Pleasures and Days" a rather cool reception. The book was elegantly framed and was more expensive than other similar ones. But this did not help win the reader's heart. Because of the failure, Proust stops writing the first novel "Jean Santeuil," which was eventually published only in 1952. And the first part of the cycle "In Search of Lost Time," a recognized masterpiece, was "opened" in the publishing house and called "a waste of the reader's time". So Proust published "Swann's Way" at his own expense.

+ By the time of success, the author becomes a true professional. He knows the book publishing process and its pitfalls, thus copes with failures more easily.

+ Gradual advancement helps to detect all mistakes and improve the quality of literature.

– The long way to the top is exhausting, often it is the cool response of the public that prevents many from revealing their potential and also causes them to give up a literary activity.

– High costs – the author cannot fully make money and is forced to leave writing as a hobby.

Writer Productivity – What Is It?

Is it possible to write a lot and always good? Is it worth to devote yourself completely to a work that will become a key one not only in a career but in life? Let us look at pros and cons of both variants.

The Author of One Book

Margaret Mitchell wrote a single book in her entire life. But what a book! For it, she received the Pulitzer Prize and gained worldwide fame. Today, "Gone with the Wind" is one of the most published works in the world.

Harper Lee also did not leave many works: "To Kill a Mockingbird" was the only novel published by the writer for a long time, that also brought the author Pulitzer Prize. In 2015, the second came out – "Go, Set a Watchman." These two books and several other stories are a modest heritage of a truly great writer.

+ Sometimes, you need only one but a really worthwhile book to win the hearts of readers. Therefore, if you feel the strength and are ready for years of labor, it makes sense not to do things in a big way and hard work on the piece of writing of all your life.

– Even if you put your whole heart and soul into the book, there are many reasons why audience can dislike it. Therefore, to write only one or two works is risky. And if you need to get assistance in writing, apply to https://paper4college.com/

Mikhail Bulgakov wrote "Master and Margarita" for more than 10 years, John Galsworthy worked on the "The Forsyte Saga" for 15 years, Johann Wolfgang Goethe created "Faust" for six decades ... And these are not the only books of these writers. During their career, they wrote many more wonderful works. But everyone had something that took most time and emotional forces.

+ Periodically digressing into other works, you can work out the most interesting and palpitating topic and not go into seclusion.

+ In the process of working on them, skills are sharpened and hypotheses are tested, which then can be used in "the main work."

How to become a writer who will be liked by the readership? The main thing is to accurately determine your goal and go to it, no matter what. That most suitable moment may not happen, but time goes by. Almost everyone we consider classics today also faced difficulties, but these difficulties did not prevent them from finding a way out. And we wish you not to lose your heart, having armed yourself with the experience of your predecessors and contemporaries.